The first line of Erik Compton’s PGA Tour biography provides all the context you need to understand the 38-year-old’s plight: “Because of viral cardiomyopathy, had first heart transplant on Feb. 26, 1992 and took up the game of golf as part of his rehabilitation.”

The second heart transplant came in 2008. Those brushes with mortality can produce some next-level introspection, but as Compton closed his eyes and contemplated his most recent situation, his mind drifted to places that most professional athletes spend a lifetime trying to avoid.

Following his opening round late last month at the Web.com Tour’s Savannah Golf Championship, Compton considered retirement. He openly unpacked the emotions of going through a divorce. He conceded that the trappings of life on the PGA Tour can be consuming and, at least for him, uncomfortable.

Throughout his eventful career Compton has donned many hats. He’s been a hero to many who see his perseverance through so many medical setbacks as an example of what can be accomplished when you stop listening to people who are quick to tell you something can’t be done.

He’s been a contender, finishing second at the 2014 U.S. Open and spending five full seasons competing against the game’s best at the highest level.

But on this spring day in Savannah, he embraces the role of sage.

“The competition,” Compton answers, when asked what he misses the most about the PGA Tour. “The lifestyle is grueling, but it was eating at me before. When I was married, there was a lot of pressure. It’s easy to get caught up and spend a lot of money. You live a different lifestyle when you have some success. I made a lot of money for a couple of years, and I didn’t really feel comfortable with it, to be honest. You know one day it’s not going to be here. Guys don’t understand how quickly it can be taken away.”

Compton understands, maybe better than anyone in the game.

He understands that one moment you’re standing on the 18th green at Pinehurst, being cheered by thousands of fans for what was by any measure a magical performance at the ’14 U.S. Open; and the next moment, you’re back in a hospital bed, attached to another IV contemplating an unknown future.

Compton lost his Tour card in 2016 and spent last season on the Web.com Tour trying to play his way back to the big leagues with even worse results.

His divorce, which was emotionally complicated by his daughter, Petra, made competing difficult.

“It’s a tough thing to go through, with kids there’s a lot emotions that go into that. It’s hard to play golf and make a living. You get off the golf course and you’re dealing with attorneys and trying to figure out how to do that while you’re playing golf. It’s not easy,” he said. “A lot of guys have had to go through that. It doesn’t matter how much money you have. It’s a tough thing to go through. We had some differences, and that’s what needed to happen.” 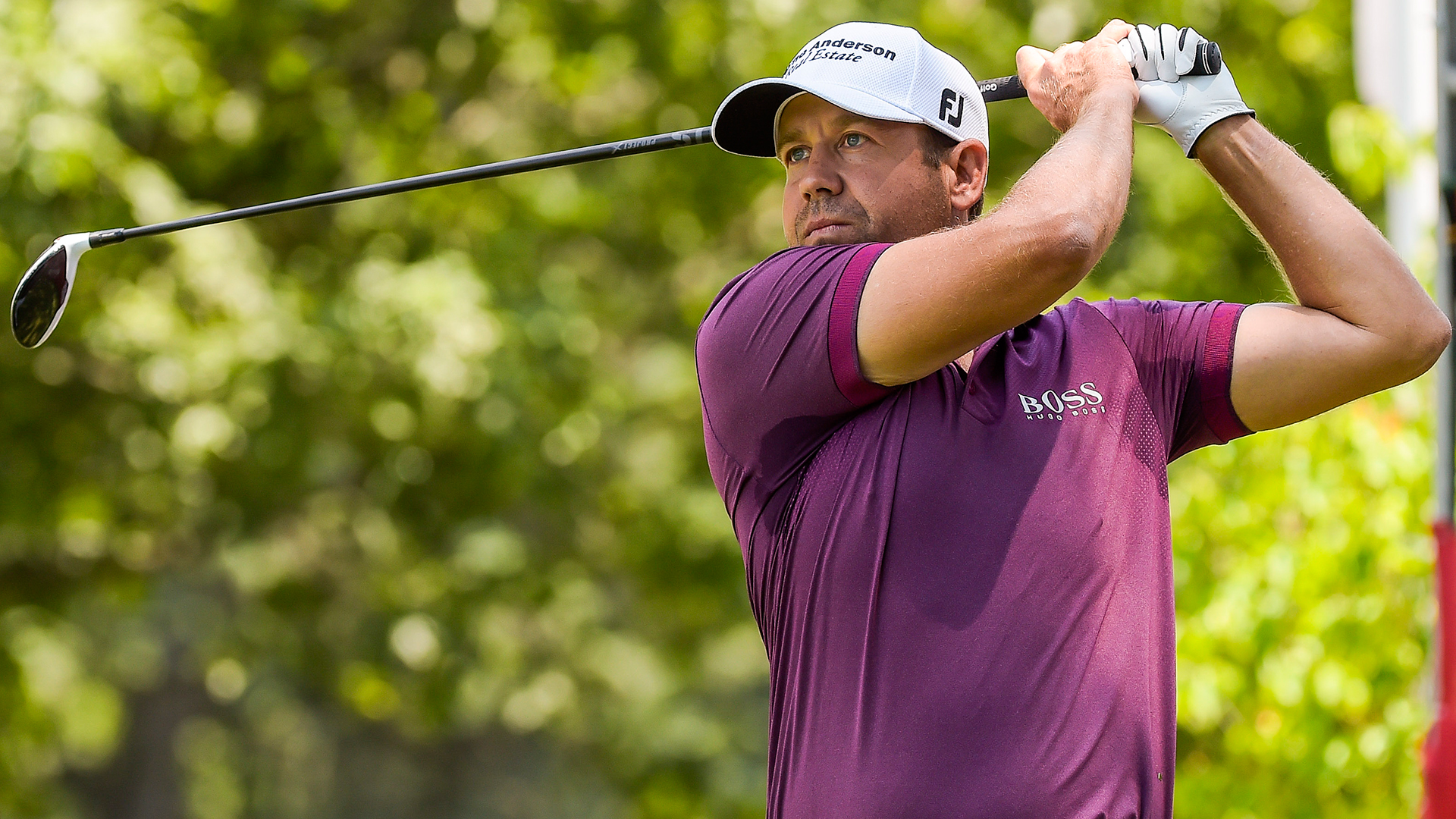 Beyond his divorce, there were more health issues. The two-time heart transplant recipient was sidelined last year by arthritis in his feet, the byproduct of gout. Unfortunately, it wasn’t that simple. It never is with Compton.

Compton’s foot issues were initially misdiagnosed, and he was advised to ice his right foot after every round, but that only crystalized the gout and forced him to undergo a procedure on his right toe to alleviate the pain.

His condition was further complicated when he contracted cellulitis, a bacterial infection of the skin that was caused by athlete’s foot. That led to two days in a South Florida hospital last month that forced him to miss the Mexico Open, which he won in 2011, helping him earn his Tour card.

Compton has spent more time in hospitals than some people spend commuting to work, which would prompt the inevitably question – why me?

“No,” he laughs. “I’m excited now. This is the best I’ve felt in a year and a half. I have a doctor who can look out for me when I have these issues. I thought with the arthritis I’d have to take a medical [exemption]. These are the things that go through my head at night.”

If Compton’s glass seems a bit half full considering his plight, both professionally and personally, he’s arrived at his optimistic crossroads honestly. Whereas most athletes depend on compartmentalization and a reluctance for linear thinking, Compton has chosen retrospection.

But for Compton those memories that others work to bury deep have provided a focal point in his journey back to the Tour. Every day, for example, he revisits that final round at Pinehurst, when he proved to himself and the world that he had the game to compete in a major championship.

He remembers the thrill of competing at the highest level and how energizing golf can be when your mind and body cooperate.

“I’ve moved on, and I’m trying to get my life in order and simplify and rebuild the work that I put in for so many years. The players are so good, but I still think that if I can get off of the [Web.com Tour] and onto the PGA Tour, I still have the game to play,” he said. “You don’t realize how great you have it until it’s gone.”

There doesn’t seem to be much that Compton doesn’t perceive these days, and it appears that the last line of that biography hasn’t been written yet.